Last July, I have founded the Judenite's Astronomical Organization (JAO), which is the only astronomical community in the Saint Jude Catholic School. One of the mission-vision statement of the JAO is to promote the awareness and the importance of astronomy to its members. Because of this, the JAO together with the Manila Street Astronomers (MSA) conducted a stargazing for primary members of the JAO at the Big Handy’s Ground (BHG) in Tanay, Rizal, from November 15, 2017 (Wednesday) to November 16, 2017 (Thursday).

There were 15 of us altogether who participated in this event, 10 of which belongs to the JAO (including me), 2 are from the Philippine Astronomical Society, and the remaining 3 are from the MSA.

We went to the BHG using a bus, provided to us courtesy of the FCF tours, which is owned by Mam Susana Chua. Since BHG is a remote place not directly accessible by the public, in order for us to reach the place, we went hiking for approximately one kilometer for a duration close to five minutes.

At around 6 pm in the evening, the sun began to descend. It was really cloudy at that time and so we weren't able to see a lot of stars. After waiting for 2 hours, at around 8 pm, the sky began to clear up slowly. At exactly 12 am, the sky cleared up. We were able to see a lot of stars, star clusters, and galaxies such as the Pleiades star cluster and the Andromeda Galaxy. At around 2 am, most of the JAO members gather around to eat midnight snacks and to just talk about random things, all under the majestic view of the night sky. At 6 am, everyone is present to watch the moon rise, and at exactly 8:30 am, we already left the place to go back to Manila.

I am very happy and grateful at the same time that first of all, everyone arrived at Manila safely, and that no accidents occurred during the event. Most of all, I am grateful that even though my members aren't exactly astronomy enthusiasts, they were able to appreciate the beauty of the night sky even just for a brief moment in time. At the end of this journey, everyone is hoping that I could organize one more event for us to return to BHG to enjoy the view of the night sky once again.

Some Pictures Taken During the Event 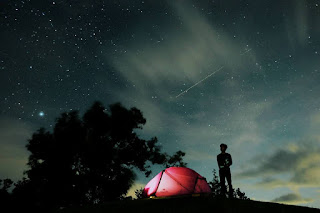 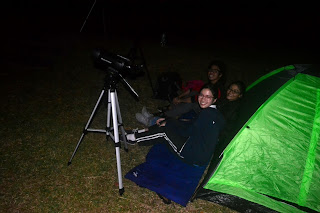 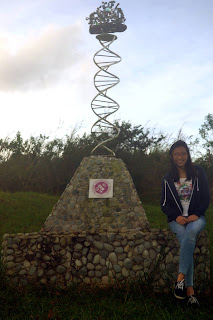 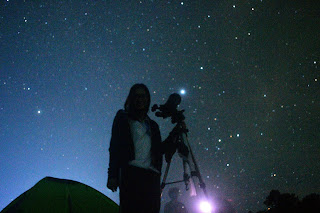 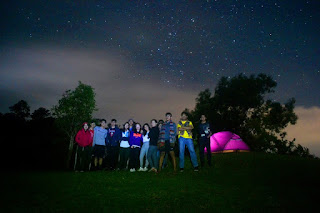 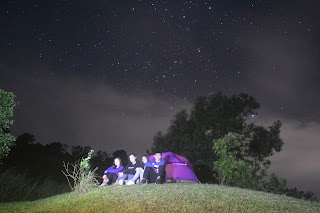 Starting from the Right, Linnel, Aurielle, Kristelle,
and John from the Judenite's Astronomical Organization 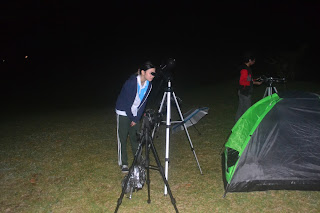 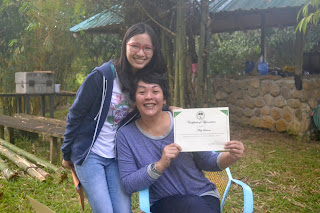 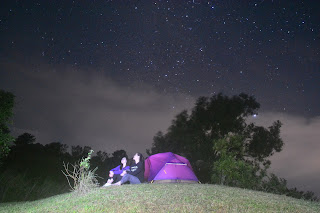 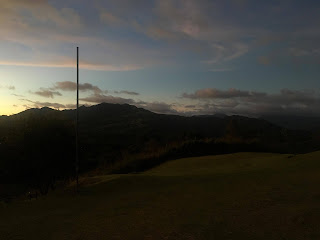 Open view of the place 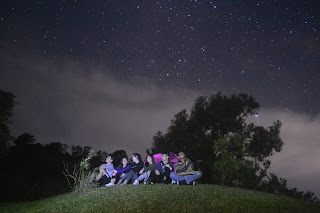 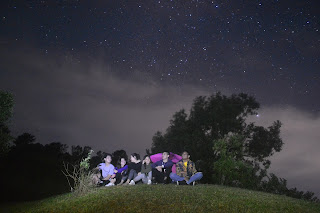 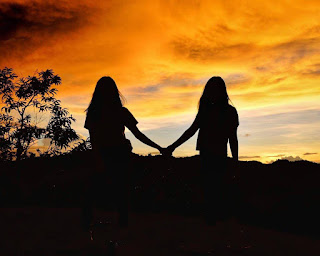 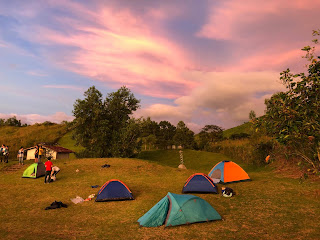 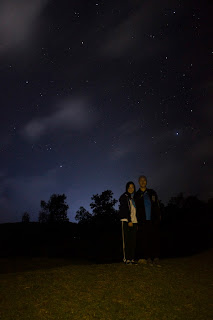 With my one and only mentor Mr. Norman Marigza 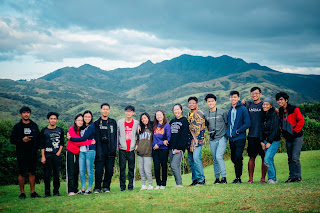 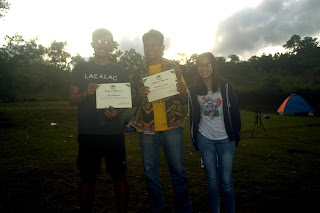 Awarding the certificate of appreciation to
the two teacher chaperones of the
Judenite's Astronomical Organization, Mr.
Rondon and Mr. Fajilagutan

*** For my IB CAS requirements:
"Finally! After a number of parents have fought with me just because of this stargazing event, finally this event is done!!!" This is the first thing that had crossed my mind when we have finally reached the grounds of the Malacanang after 12 hours of completing this event. Throughout the entire process of initiating, planning, and turning into reality this event, I have learned a lot of things, especially as to how I relate to people.

Like I've said previously, I wouldn't deny the fact that a lot of people, especially parents, have bashed this event as something being, "unsafe and unprepared," when clearly they don't know I worked so hard and I wasted a lot of my personal time just to plan this event. Honestly, it's just my vice-president Janina, the MSA and PAS people who knew how hard I worked for this since I am not very vocal about the hardships that I am facing every time I am planning any event.

Before this stargazing activity had turned into a reality, I have met and faced a lot of challenges. One of these challenges I met is the bashing of people when in fact, they have no sufficient knowledge and not enough evidence to support their opinions that this stargazing event is unsafe and unprepared. In addition, even though I am showing facts and pieces of evidence to them that this event is safe and they shouldn't worry about their security, still, some people wouldn't listen and they would continue bashing. Because of this, I learned that no matter how strong my argument is in life, sometimes in life, you still wouldn't be able to convince everyone. In the end, amidst all of this bashing, I was able to push through with this event (LO1, LO2, LO3, and LO4). This activity is a collaboration between the Manila Street Astronomers technically since we are the two organizations which had signed the memorandum of agreement. However, some other organizations such as the Philippine Astronomical Society has helped me a lot in order to plan this event smoothly. (LO5). I have talked and sought the advice of a lot of people just to make sure that everything is in place. (communicators)

After attending to and organizing this stargazing activity, my knowledge in observational astronomy has increased a lot (knowledgeable). I can now identify some basic star clusters and stars in the sky. Even though I know that the BHG is a relatively remote place in the mountains where there is no cell signal, food, clean drinking water, and with these said, everything can just go wrong in this place, I decided to push through with this place since I know that there is no night pollution in this place (risk-taker). Likewise, Tanay is a place where there are a relatively large amount of accidents happening, but I still decided to go with this place (risk-taker). I have planned this event for over a month, where all of the quizzes and assignments that teachers are giving me keep pouring in. But still, I was able to organize this event successfully (balanced). Throughout this journey of organizing this event, I was able to learn more about myself and how I relate to other people. Likewise, a lot of times during the course of this event, my dignity and integrity as a leader have been challenged. This stargazing event had given me a platform to think and to reflect on my attitude as a leader which is the reason why I know that I am now a better person and a better leader too (reflective).
Posted by Unknown at 1:35 AM